Well, it's taken me a while to sit down and write a new post because it's taken me this long to process all the emotions from our whirlwind trip home to Texas.  We didn't stay in any place longer than two nights, and we managed to squeeze in approximately 1200 miles of driving in those days, and my arse has just now recovered feeling... but it was so worth it all.  I needed that- I needed to see my family and friends, to hug them like there was no tomorrow, to laugh and be goofy with my nieces.

We left Doha on the 1:50am flight... and this time we flew economy 'cause it was our dime paying for my ticket.  On all our previous trips here, we'd been spoiled in Business Class since the University/Qatar Foundation was footing the bill, but on this trip it was only Thomas that was covered.  We ended up in the middle two of a 3-4-3 configuration, with two large gents on either side of us.  They were nice enough, but we were squeezed in!  Oy.  Thankfully that was the shorter flight to Germany, and on the longer one were still in the middle section, but on the outside two seats.  So I at least only had to climb over Thomas to get to the bathroom... oh, and did I mention our bags?  So we had bought a FEW souvenirs for people back home, and we packed one giant suitcase with nothing but those.  And two large rocks- one for my mom and one for Thomas' dad, who are into that.  We've dragged back rocks from all over the world for them.  Now generally we go for about fist-size, but Thomas was of the opinion "Go big or go home."  So these weighed about 10 lbs each.  Which made that checked bag overweight.  So it was $150 US or get rid of the rocks.  I feel bad for the custodian who had to empty that trash can... once we finally got the bag underweight, we were good to go.  Two checked bags going over, plus I had my little red rollaboard.  Remember that...

After a very long day, we finally made it to Houston and I have never been so glad to see pine trees in my life.  We had gotten approved for Global Entry, so we breezed thru customs, picked up our bags, and  headed for the rental car center.  Picked up a Nissan Rogue, and I slid into the drivers seat and we headed to the Mather's for the night.  Never thought I would miss Houston traffic, but after Doha, no sweat.  Bring it, Beltway!  Since Thomas does most of the driving here, I told him I would happily drive across Texas and back.  From Houston, we proceeded to go to College Station (doc and dentist in one day!) then on to San Antonio for Thomas' conference, Round Rock, Tyler, Marshall, Fulshear, Houston, back to College Station, back to Houston to fly out.  Along the way we managed to get all our Texas food fixes in: Mexican food at Adobe Verde in Gruene, BBQ at Salt Lick in Round Rock, Brown Pigs at Porky's in Marshall, Agnor's Chili in Tyler with the family (and I brought back 24 packs of mix, one of which is simmering in the crockpot now for tonight's dinner... the apartment smells awesome), Whataburger in College Station, more excellent Mexican and margaritas at Casa Rodriguez in downtown Bryan, and lunch at Chili's with my friends.  I gained weight and I don't care, it was worth it.  Along the way we also managed to collect another suitcase and two duffel bags worth of loot- clothes (you can't go to San Marcos and not stop at the outlet mall.. Old Navy FTW!), groceries (some things we just can't find here...) and a few things I had wanted to bring in the first place and just wasn't able to.  So when we checked back in at the airport, we had four checked bags and two carry-ons each.  I was worried about being able to haul it all, but we managed.  OH, how could I forget- in one of the checked bags was 5.5 lbs (max legally allowed) of dry ice cooling 6 pounds of kielbasa sausage, turkey lunch meat, Little Smokies... Thomas insisted.  Thankfully, nothing caused issues at Qatar customs and we actually still had most of the dry ice when we got home 25 hours later.

I did better leaving Texas on this trip, I only cried a little when we left my family and again when we left our dogs at home in CS.  Oh, my doggies... I miss them so much.  When I got home, and I walked in to the house, they were happy to see me and we all rolled on the floor for a bit for puppy kisses.  Then we all snuggled up on the couch for a while, including Laura's dog Charlie.  (Laura is the awesome friend who's living in the house and keeping the babies in excellent condition, by which I mean spoiled as they ever were.  I'm so incredibly grateful to her for that.)  Charlie is a mess, he ended up sleeping with us while we were there!  He's such a cuddle bug!  It was really great, though, to see how good they all are, and know they're well cared for and happy.  Who knows what really goes thru their doggy brains, but they seem perfectly content.

This trip was good for me on so many levels- it allowed me to see everyone and catch up on sorely missed friend time, but it also allowed me to be more at peace that I am where I am supposed to be right now.  I do like Doha tons (not quite to loving it yet, thanks traffic!) but it's great.  It's the right place for me, career-wise, as I'm getting the chance to do some cool stuff and kind of remake the advising office.  It's the right place personally- as much as we have been together over the last four months, Thomas and I have really grown stronger as a couple, since we have to rely on each other so much.  Not that we didn't before, but here we do much more.  And since we are not so busy with "extracurricular" stuff, we are spending more time together too.  Both of us have less stress, job-wise, and are less prone to bringing work home with us after-hours.  We are more relaxed, and since we have less stress we are less likely to take it out on the other- so, win-win.  Also, it's the right place for us to be able to travel, something we've both wanted to do more of.  I got approved to go to an advising conference in Australia this summer!  I'm so excited.

And, honestly, I was glad to get back to Doha (just in time for the whirl of graduation week and the unique frenzy it brings... more about that later...)  Texas will always be HOME, no matter where I live- but Doha is beginning to seem more home-like.  I am really starting to feel like we are growing tentative roots- we have good friends, we've pretty much figured out how and where to get just about everything we need, I have Agnor's Chili Mix to keep me for a while (seriously, it's THAT good- you should try it. Not for nothing did it win Terlingua in '76), we have Skype, and I have Thomas.  I wrote a while back, quoting my friend Suzanne, about homesickness being like waves- sometimes great and crashing, sometimes small and lapping, but always there.  I'm to the point that they are mostly small and lapping, which is good.  I know I will be more than ready for the next trip to Texas, which will likely be in December... but it's really not so bad here.  And for that I am grateful.

(And I am also grateful for Z-Packs, and understanding docs that will prescribe them in advance of needing them.  I've spent the last week with a painful ear infection, which finally broke this morning.  Not totally gone, but so much better than it has been!  I can hear again!)

Love to you all back in the Lone Star State! 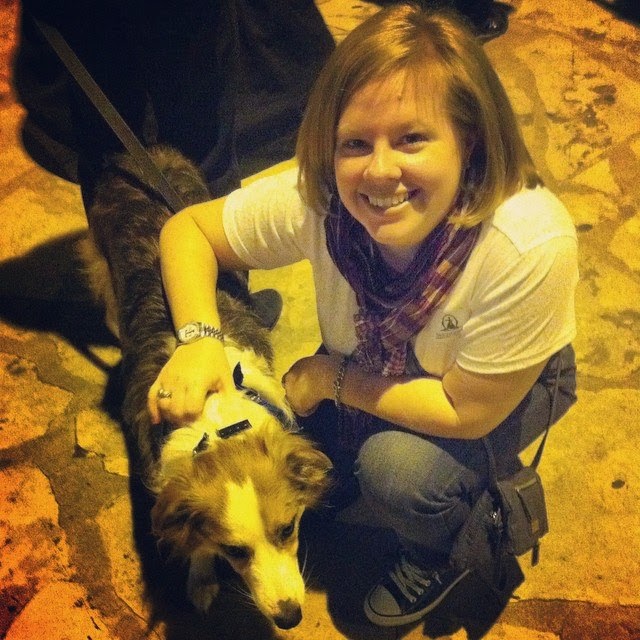